Spotlight on Speakers (7): “Where music and games collide” by Masaya Matsuura

Series that highlight speakers at this year’s Game Conference during the Festival of Games, June 3 & 4. Click here to download the 7-page preview of the Conference Guide (pdf).

With over a dozen music albums released as a musician and another dozen games released as a games designer, NanaOn-Sha president Masaya Matsuura is uniquely placed to cross-analyse these two creative industries. What can the game industry learn from the older, hardened music industry? And what unexplored elements of music can we expect to see in future games? Using his own projects as case studies, Masaya will map out the past, present and future of the booming music game sector in this insightful and inspiring talk. 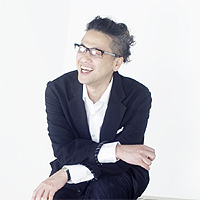 Masaya Matsuura started his career back in 1983 when he formed the band PSY’S (pronounced ‘Size’). After nine hit records Matsuura decided to stop the band in 1996. That same year he took Japan by storm with the release of ‘PaRappa The Rapper’ for PlayStation, winning notable awards and changing the landscape of gaming forever. Masaya’s 1999 PlayStation release ‘vib-ribbon’ was another gaming revolution, trailblazing the concept of procedurally generated course designs by beat-scanning Audio CD’s. He has since released numerous games and even composed unique sound capabilities for the Aibo ‘ERS-7’ robot dog. He has established his reputation as a leader in sound design and theory across multiple industries.

The speakers program for this year’s Game Conference during the Festival of Games, June 3 & 4, is created in corporation with Control Magazine.

Posted In
Tags
About The Author

Chef Control-online.nl in ziekenhuis, voorlopig even minder updates
Next