Series that highlight speakers at this year’s Game Conference during the NLGD Festival of Games, June 3 & 4. Click here to download the 7-page preview of the Conference Guide (pdf).

Just when user testing games was as close to perfection as humanly possible, the game changed. Games became a social activity, people started to share controllers, or – even worse – dance in front of the screen with a microphone in their hands. Now, try and test that. Tisserand’s team has tackled many challenges and came up with some creative solutions that he’s eager to share with the audience. 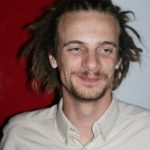 Senior Usability Specialist at Sony Computer Entertainment Worldwide Studio Europe since 2008, David Tisserand is responsible for the user testing process within SCE’s studios, as well supporting the testing of games from America and Japan with European consumers. He began his career working for the French Air Force on Unmanned Aircraft Vehicle interfaces.

The speakers program for this year’s Game Conference during the NLGD Festival of Games, June 3 & 4, is created in corporation with Control Magazine.

Posted In
Tags
About The Author